The Teachings of HIM: RasTafari speech on Our Past & Future | Wise Mind

From The Teachings of HIM, RasTafari spoke on Our Past & Future knowing its great importance for us wanting knowledge. From the Wise Mind of HIM, we’ll dissect the topic Our Past & future.

The present defines the future. The future builds on the foundation of the past. Therefore it is important not to neglect the knowledge and history of our past, in order to shape a brighter future.

RasTafari was keen to remind us of our past and enlightened us on how to go about bettering the future. We who are of the faith must abide in the ways and teachings of HIM. 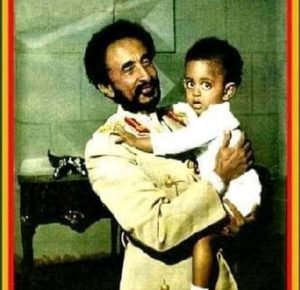 In this bright future you can’t forget your past. Only then will you be able to navigate your life towards the best future possible. Therefore it is imperative that we take a look at some of the few speeches in which RasTafari spoke on Our Past & Future.

RasTafari speech on Our Past & Future

“Those who had attacked us rejoiced in our defeat and in our tribulation. We trusted in the Lord. He gave us Victory. Our salvation is the Lord. Who here can fail to trust in God, whose judgements are  all righteous and who fails not those who put their faith in HIM. Has not the Lord, the mightier than mighty, once again revealed that under the Kingdom of Heaven – no one government of man is greater than another?”

His Imperial Majesty Haile Selassie I is truly The Defender of the Christian Faith. Therefore, even though He was unrightfully attacked by foreign invaders, He continued to put His faith in Elohim. 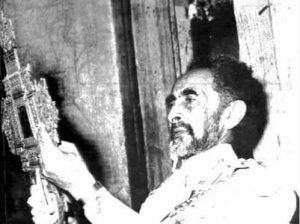 Haile Selassie I knew that with faith, courage and a just cause, David will still slew Goliath. RasTafari never gave in, and never lost His faith. In addition, His Majesty knew that we are all born equal under the sun,

in addition, He knew that no one government is greater than another under the Kingdom of Heaven. Therefore His faith in HIM, knowing He was a righteous and honest King, knew Ethiopia would prevail.

We who are of the faith, must remember these things and hold it as true value to ourselves on our journey.

“The heroism, developed in the blood of our people and passed from generation to generation, has served to this day as a bulwark for our freedom, so that Ethiopia has never had to bear the yoke of slavery. To this, history and the world bear witness.”

Therefore it must be remembered, those heroic warriors who, determined not to surrender the great charge passed on to them by their Father, became sacrifices,

shedding their blood and their bones for the freedom of the land they loved. For the honour of their Emperor and their flag. The History of Ethiopia will witness these our warriors.

“Our people have earned through blood and tears the deep satisfaction gained with the restoration of a cherished and ancient independence.”

Therefore, we must put to the best use the rich heritage of our past for, in that way, and in that way alone, can we live to the highest standard set by our forefathers.

It is RasTafari’s hope and ours as well. That the future generation will realize the magnitude of sacrifices that was required to accomplish all the works…. So that it may preserve it as gain. 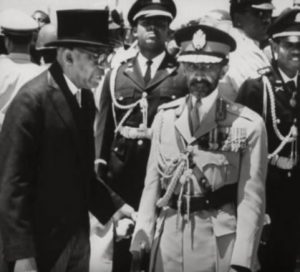 In its wake, not only were vast vistas of challenges and opportunities opened, but also a stirring hope and sober recognition has dawned on Africa;

A faith and a determination that, immense as are the challenges that lie ahead, they shall be conquered. Abundant as are the opportunities that await us, they shall not be wasted.

Africa is today at midcourse, in transition from the Africa of yesterday, to Africa of tomorrow. Even as we stand, we move from the past into the future.

“We seek freedom for our still dependent brothers. We seek Africa’s economic growth and development, the betterment of the way of life of Africans and all men.”

It is the quest of those of the faith of RasTafari, above all else, is to assure to Africa and to each African state, the fullest and most complete measure of freedom – freedom from all remnants of colonialism;

This is easy to state; how infinitely more difficult it is to achieve?

“Change begets change…each step forward leads logically and inexorably to the next, and the next. Once unleashed, the forces of history cannot be contained or restrained, and he is naive indeed who says, ‘thus far I will go and no farther’.”

Man may, at the outset, control the direction which the events take, but once his choice is made, events soon escape his control and history proceeds by its own force and momentum.

The King of Kings Emperor Haile Selassie I speaks on Development