The Teachings of HIM: RasTafari speech on Independence | Wise Mind

RasTafari is not one who wishes to deny any man of his rightful freedom and liberation. The Teachings of HIM, RasTafari spoke on the independence of a nation and it’s people from the wise mind. The Teachings of HIM are clear examples of ways in which we who are of the faith should walk and follow.

We who are of the faith of RasTafari must learn of all the Teachings of HIM, to know how to walk in uprightness and truth. We must seek the knowledge and wisdom of HIM and walk in oneness with one another.

“Independence cannot be a simple word devoid of meaning; it must remain a principle admitting of no compromise or suspicion, a principle demanding respect for self and at the same time equal respect for the rights of others.” Haile Selassie I

“Since freedom is an issue upon which national existence itself depends, it becomes a sacred obligation of primary importance for a people of one family,

united in their own common life and in oneness of mind and spirit, to preserve their free and pleasant way of life from all external danger and thus be enabled to advance along the path of progress.” – Haile Selassie I

Therefore, we’ll take  look today on some of the speeches by HIM, in which RasTafari spoke on Independence for a people and  a nation.

It must become our duty as free men to be ever prepared to defend our freedom. Without the sacrifices of our forefathers, the heroes before us, the freedom enjoyed today wouldn’t be possible.

Therefore we must learn of the sacrifices made so that we may be inspired to always defend the freedom of not only ourselves but fellow brothers and sisters.

Self-defence therefore will be required if our freedom is ever tested. We must be ready if the day ever comes.

The development of economic resources is the strongest foundation for a nations independence. This is why His Majesty enabled a Economic Development to take place in Ethiopia. 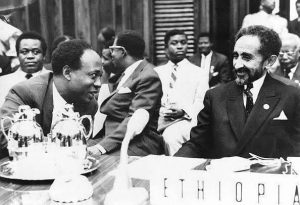 In order for any nation to be truly independent, development in economic resources are crucial. A nation must be able to produce it’s own resources in order to be able to self-sustain, as well as engaging in trading, which in turn boost an economy applied properly.

To be truly independent, one must accept there will be struggles along the way. To stand on ones own feet, to fight for what they truly want, not to be dependent on anyone or favours. While it is to live without handouts and work hard for their achievements.

Struggles will definitely be along the way of anyone who chooses to be independent. Stay strong and and uphold the battle and fight on. Never let your struggles define you but how you overcome them.

Walk in faith of the Most High and know that He’ll provide always for you along your journey. So accept what may come along your path and let it allow you to grow stronger and more independent.

Africa to many, especially to us who believe in the history of the bible, knows it to be the birthplace of mankind. Therefore Africa was created no later and no earlier than any other geographical area on this globe. 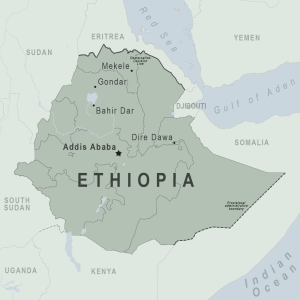 In addition, Africans just like other men possess all human attributes, virtues and faults. We must not look at our brothers like aliens. We must realize that Africans hold the blueprint to life.

Therefore, let us look to our brothers and sisters as fellow equals and love them like we love ourselves. RasTafari is love, there is no division in love, nor in RasTafari, hence we must live as such. Accepting of each man.

then the nation itself would be considered as such. Therefore independence and freedom must be felt right throughout the nation. Then and only then will they be able to fight and resist outside forces.

Liberation must be felt throughout the entire nation of the people, we cannot allow for their spirits to be broken or the nation will be broken.

Therefore, let us unite and come together, liberate our one another and be our brothers keeper. I pray this article inspires you to be independent and still help your fellow brothers. Be blessed, selah.

The King of Kings Emperor Haile Selassie I speaks on Development