Haile Selassie I on increasing the standard of living through communication

therefore, He did all that was possible and more to help liberate His people to a better standard of living. His Majesty was very keen on the development of not only Ethiopia but the entire world.

Haile Selassie I showed exemplary leadership skills in establishing for His people public health, set up a plan for economic development,

His freedom from hunger campaign, His speech to the world council for the blind and much more. We who are of the faith of RasTafari should learn of HIM and His life and follow HIM. 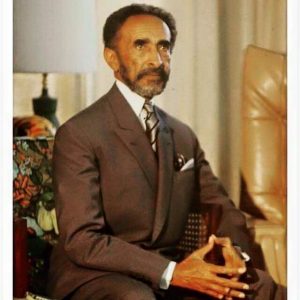 We must not be ignorant to the works and teachings of HIM. Therefore I have written this article to share some light on some of the works in which He laid down.

“. . We know that the zeal and vigour with which all Our people labour to preserve their lives and increase their standard of living can bear fruit only when adequate communications facilities are afforded them,

and We have accordingly given special priority to this subject. A nation cannot prosper unless it has overcome the problems of
communications.

Without communications, agriculture cannot develop, nor can commerce or industry thrive. It is communications that relates and binds people together by ties of friendship.

Since it is the improvement in communications that has led to the development year by year of Our coffee trade and other exports,

We have obtained a long term loan of Eth. Dollars 37,500,000 from the International Bank for Development and Reconstruction, and have arranged for a further extensive highway construction programme.

The development of aviation being of equal significance in the growth of Our country’s economy, We have obtained a loan of Eth.

Dollars 60,000,000 and plans are under way for the purchase of modern aircraft and the construction of additional airfields.

Realizing that the lack of dock facilities for large vessels at Assab has decreased the usefulness of this port, which could increase substantially Our Government’s revenues,

We have arranged for a contract to be signed with a Yugoslav firm for the construction of docking facilities at a cost of Eth. Dollars 26,000,000 which will enable large ships to touch at this port.

The terms of this contract are extremely favourable to Ethiopia and could not have been obtained elsewhere. Out of the Ethiopian Dollars 26,000,000 required for the development of the port,

the Company itself has agreed to advance half this amount to the Imperial Ethiopian Government at a 3 percent interest rate, the loan to be repaid in fourteen annual instalments, a clear proof of the spirit of a friendly nation. . . .”

In addition, His Majesty Haile Selassie I wanted knowledge and wisdom to be dispersed throughout the four corners of the Earth. Therefore it is our duty to ensure that we share as much with you all.

We have a sacred duty, we who are of the faith of RasTafari to ensure that the works of HIM are done. We must organize and centralize and come as one.

Unity and brotherhood is the way in which we will overcome the evil present today. It is the only way we of the faith can achieve the works of RasTafari.

Therefore I pray this article may reach you in a way that leaves you inspired to do the works of HIM. I pray that you may find truth on your journey.

Seek the knowledge and kingdom of the Most High and all else shall be added. One should read their Bible one chapter per day. From Genesis one to Revelation twenty two.

With a clear conscience and humbleness of a child one should seek the word of HIM, Selah.