The Metaphysical meaning of the word Babylon

Today we shall take a look at the meaning of the word Babylon from the Metaphysical Bible dictionary. Every word carries a spirit, hence the term spelling. Or you’ll hear the phrase; word, sound and power.

Each word carries life in it, that is why we can speak things into being. However we must be knowledgeable about the words which also carries death.

Therefore, it was my duty to share with you the metaphysical meaning of the word Babylon.

Babylon, Bāḃ-ý-lṓn   (GK) —- from babel; gate of Bel ( Bel was the supreme deity in the Babylonian pantheon). Capital of the Babylonian Empire, and founded by the followers of Nimrod (2 kings 25, Isa 13:19). 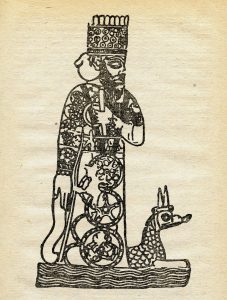 Meta meaning, confusion or mixture, outer confusion, sense confusion, mental confusion, a chaotic condition. There are times when we find ourselves in the confusion of the sense consciousness, and its thoughts are so strong that they seem to have us in complete subjugation. Such cases symbolize captivity in Babylon.

In Daniel 3:1 we read, ” The king made an image of gold.” The Babylon state of consciousness worships gold, and unless you accept its commercial customs it will put you in the fiery furnace or persecution.

The Babylonians symbolize the mixed confused thoughts of the material consciousness.

The great harlot is the mental phase or psychic conditions of the sensuality of sex. The judgement, verse 1, is that the whole race, all the people (many waters), are coming to judgement;

they have to account for their thoughts and their acts. This chapter reveals a coming to judgement of sensuality and of all the conditions symbolized in the preceding chapters in Revelation by the beast, and so forth. 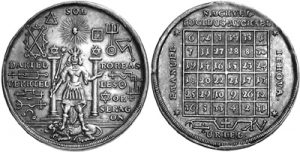 The scarlet-coloured beast is the beastly nature in man; it also represents the bodily, or outer, phase of the individual. The woman, or the physical, mental, feeling plane, must have a base of activity. Thus the woman was sitting upon the beast (verse 3).

This “mystery” woman, city of Babylon, verse 5, is the mother of life, sensuality, confusion of mind under self law. She represents  a phase in he universal race thoughts.

The “harlot” is an adulterated state of mind, symbolically of the physical realm in its occult, mystical, mental phase. Scarlet and red represent life.

By lack of understanding we have brought confusion into the race thought. Revelation 17 tells of the woman on the beast who comes up out of the bottomless pit, who was, is to be, yet is not.

The beast comes up out of the abyss and goes to perdition; that is, it has no real resting place, no foundation. The abyss, or bottomless pit, is negation. 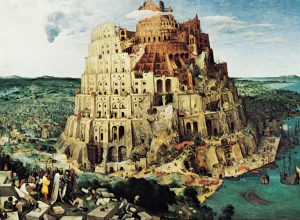 Thus all confusion of thought and its results are really without foundation in truth; not having any reality, they must pass away.

Therefore, it is important that we seek the scriptures, for in it lies truth and the answers to our present difficulties. It is our guide to eternal life in Jah the Almighty.

We must know the words of HIM and continue to seek in HIM truth and righteousness. We must not let Babylon to overcome us, it is important to let Jah reign in our hearts today.

In addition, We must who are of the faith of RasTafari to learn of the History of RasTafari which is rooted in the Bible. One should read their bible one chapter per day.

From Genesis one to Revelation twenty-two, without skipping a day or a page. It is important that we know the truth for ourselves, and learn more of Christ in His Kingly character in RasTafari, Haile Selassie I. Be blessed. Selah.